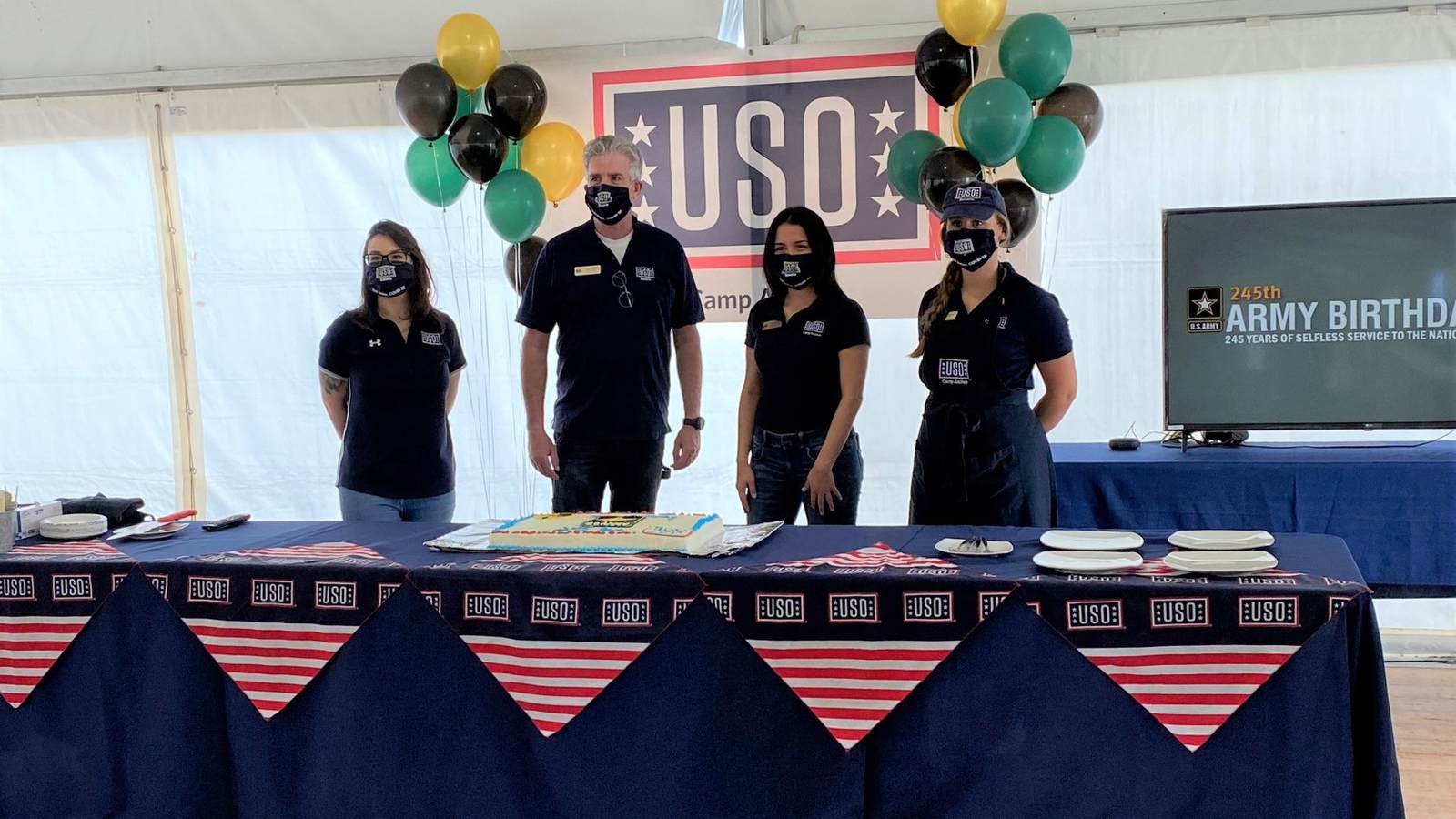 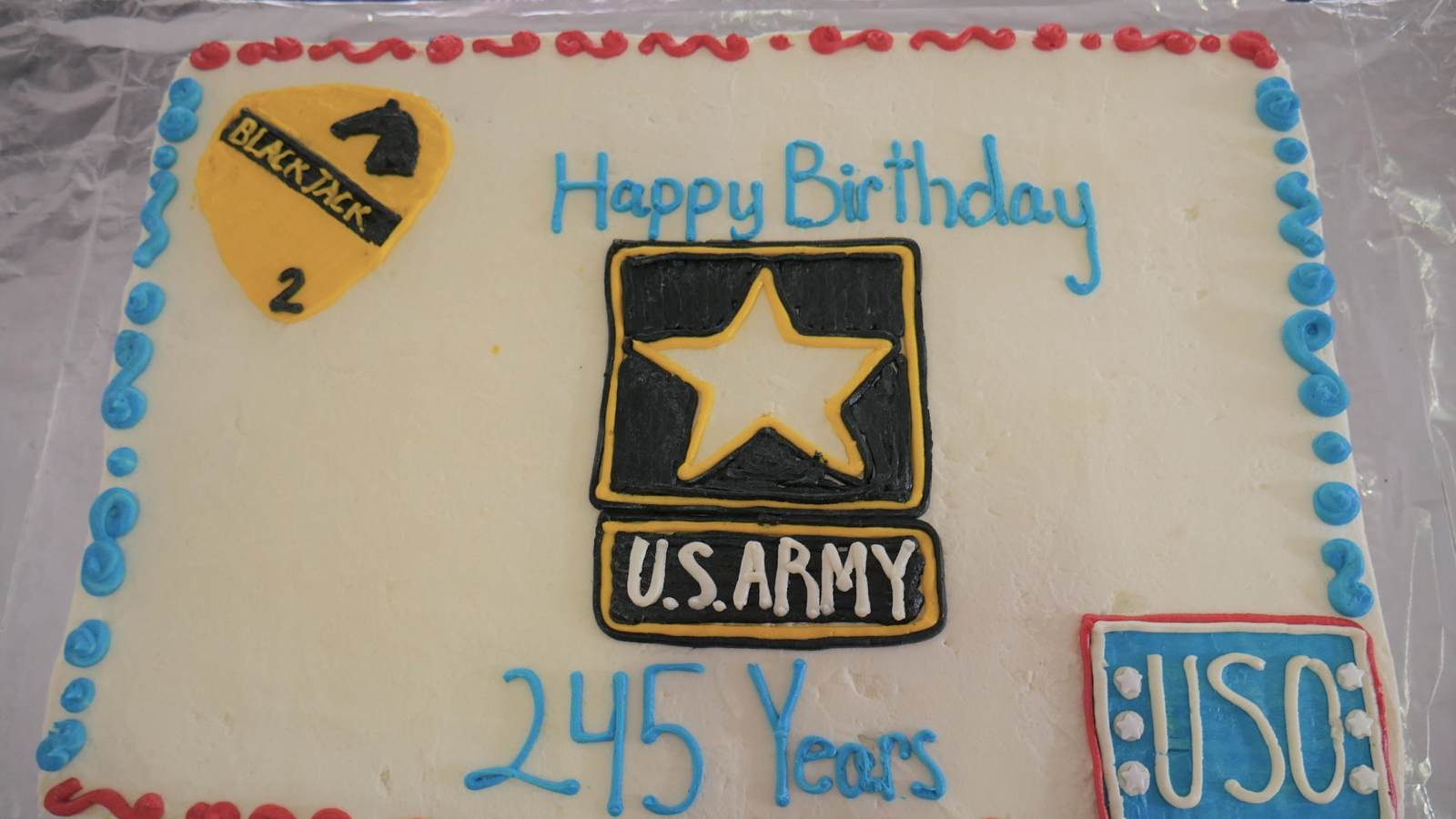 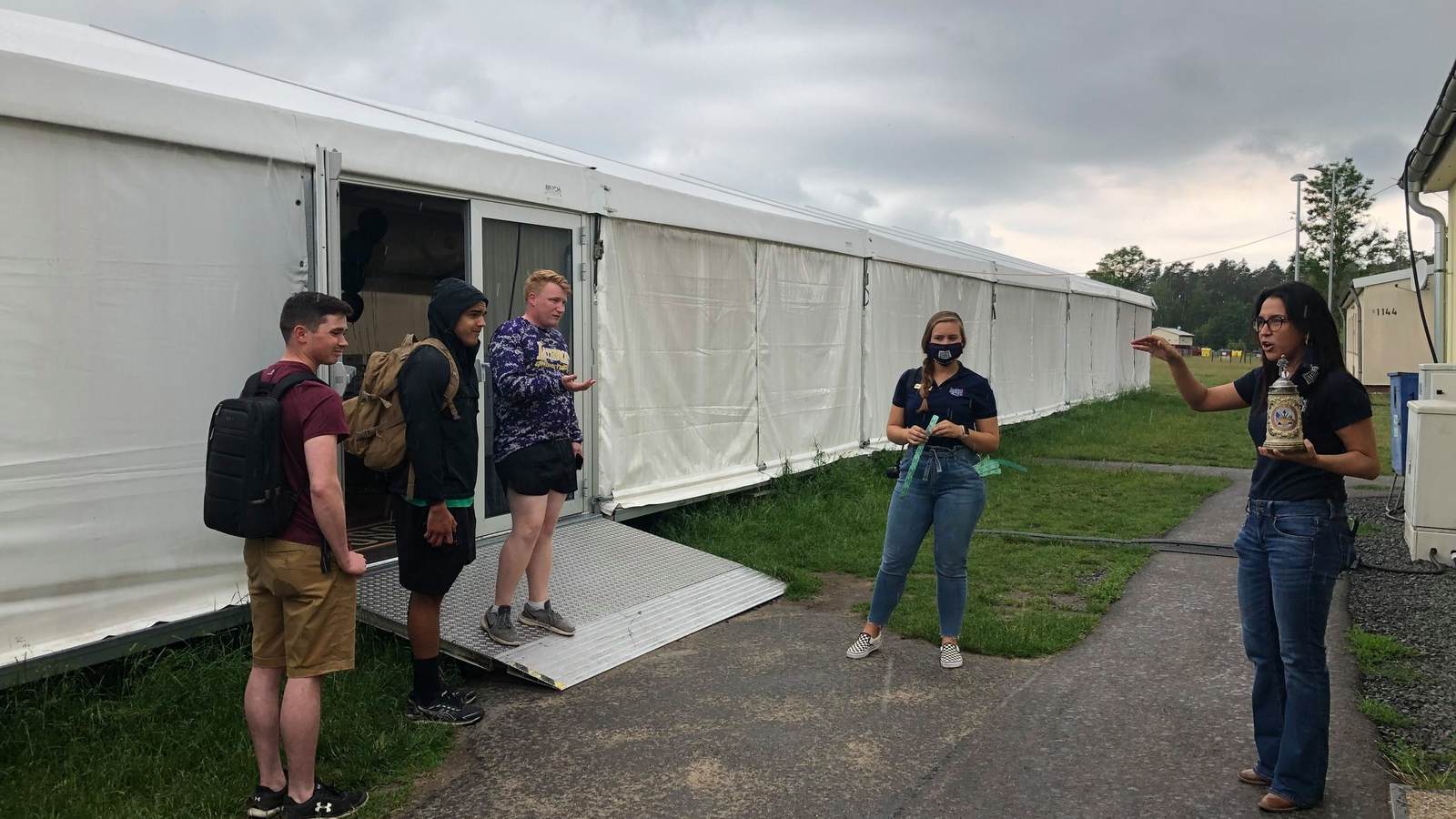 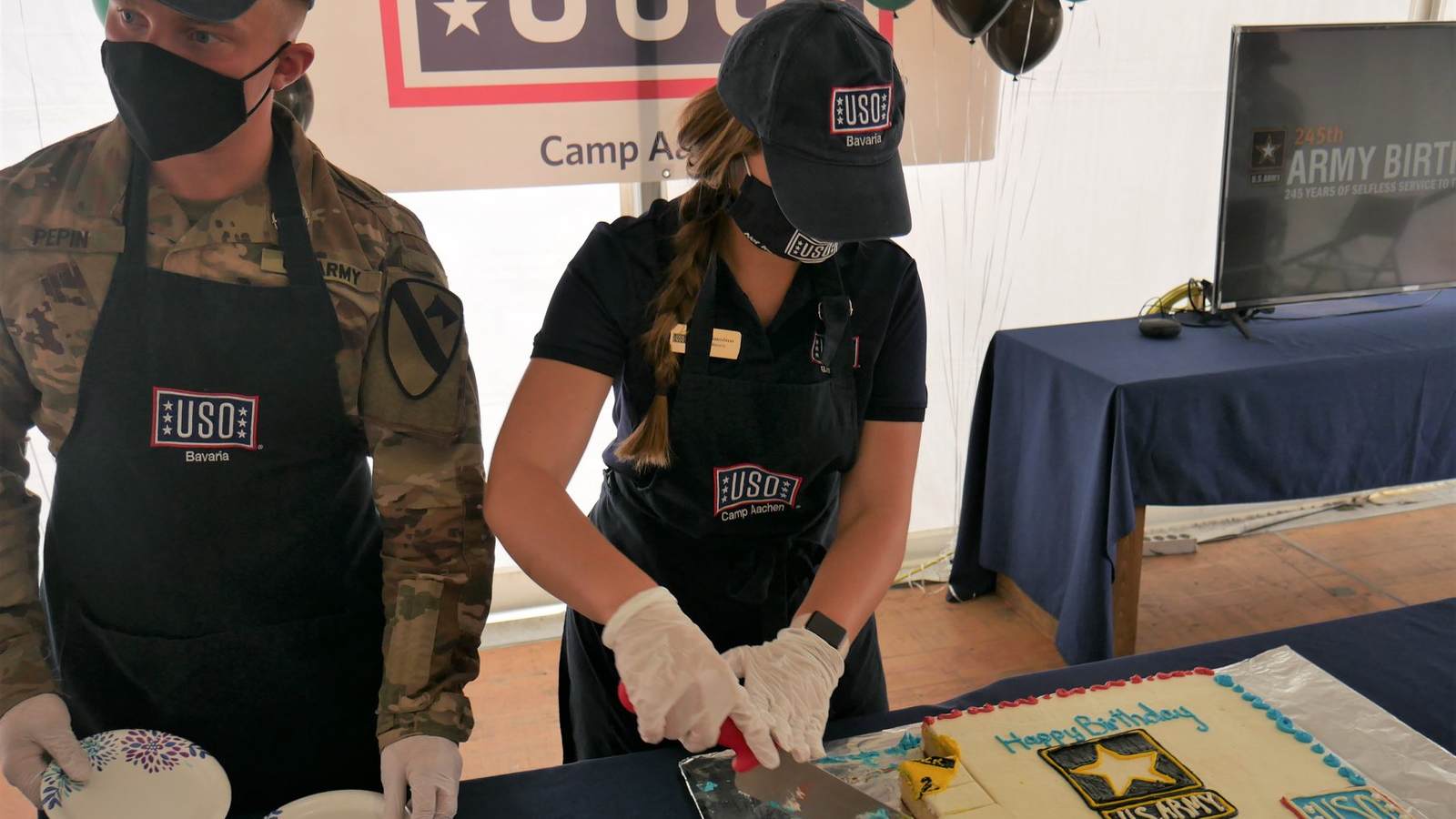 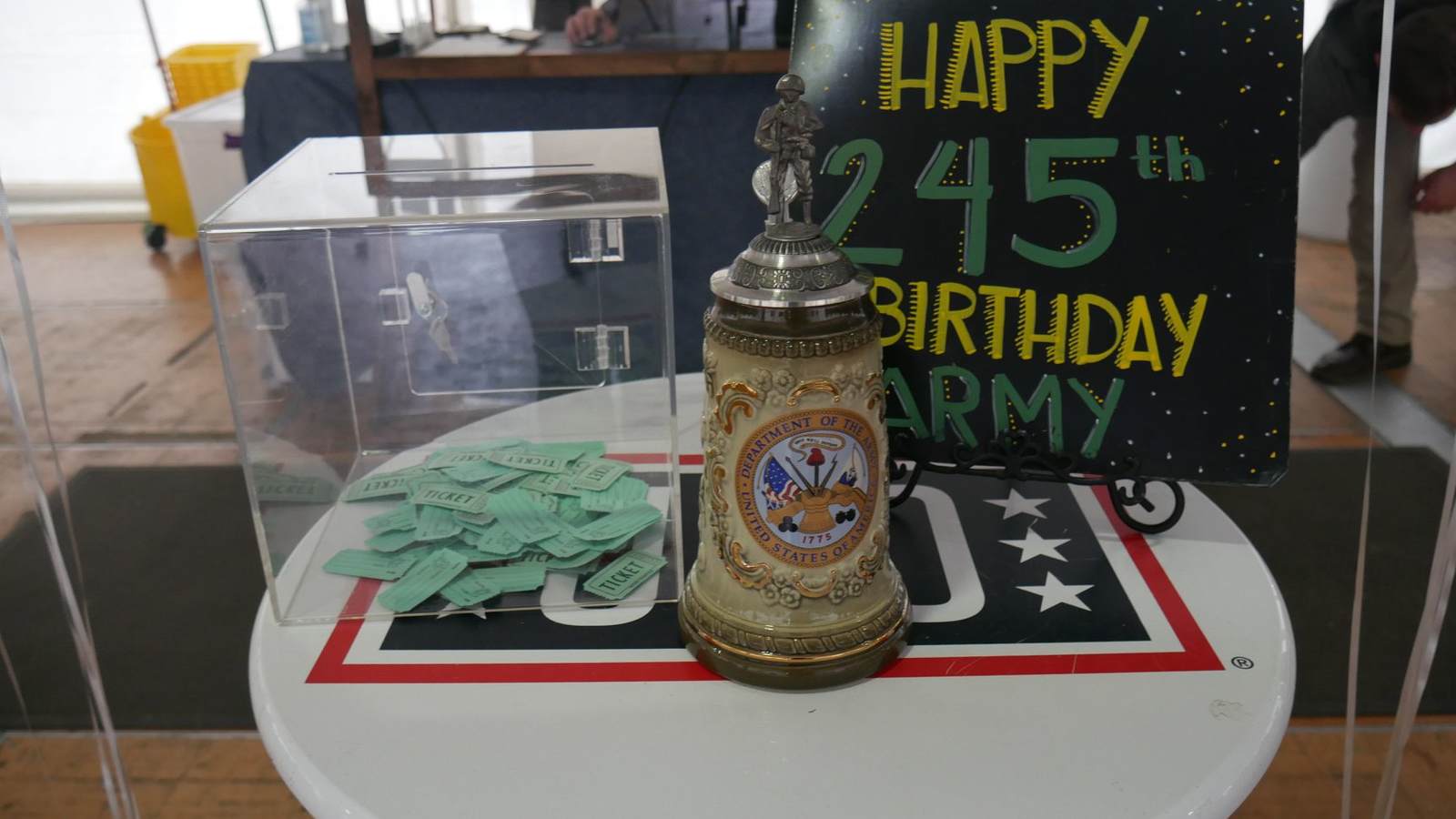 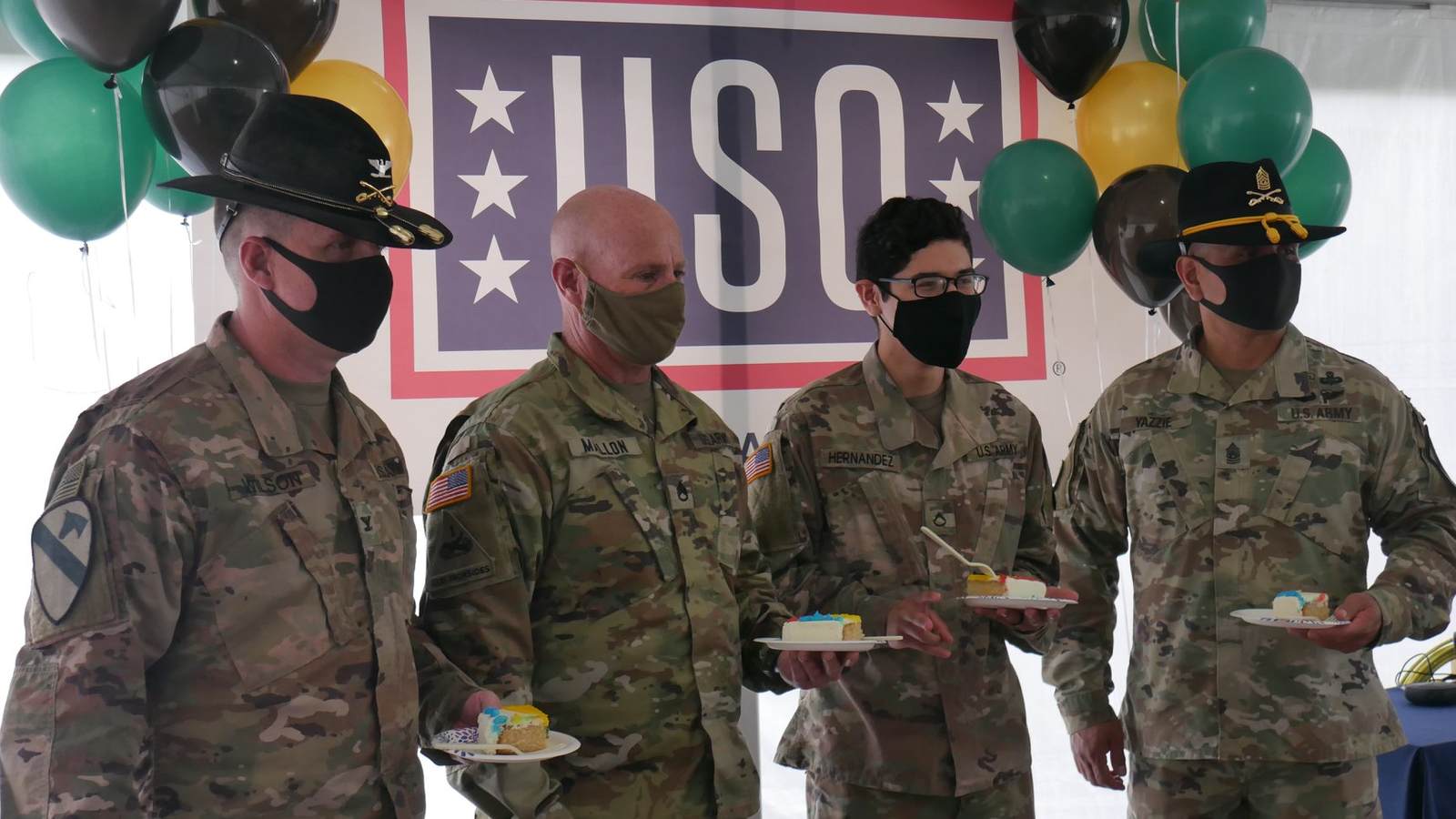 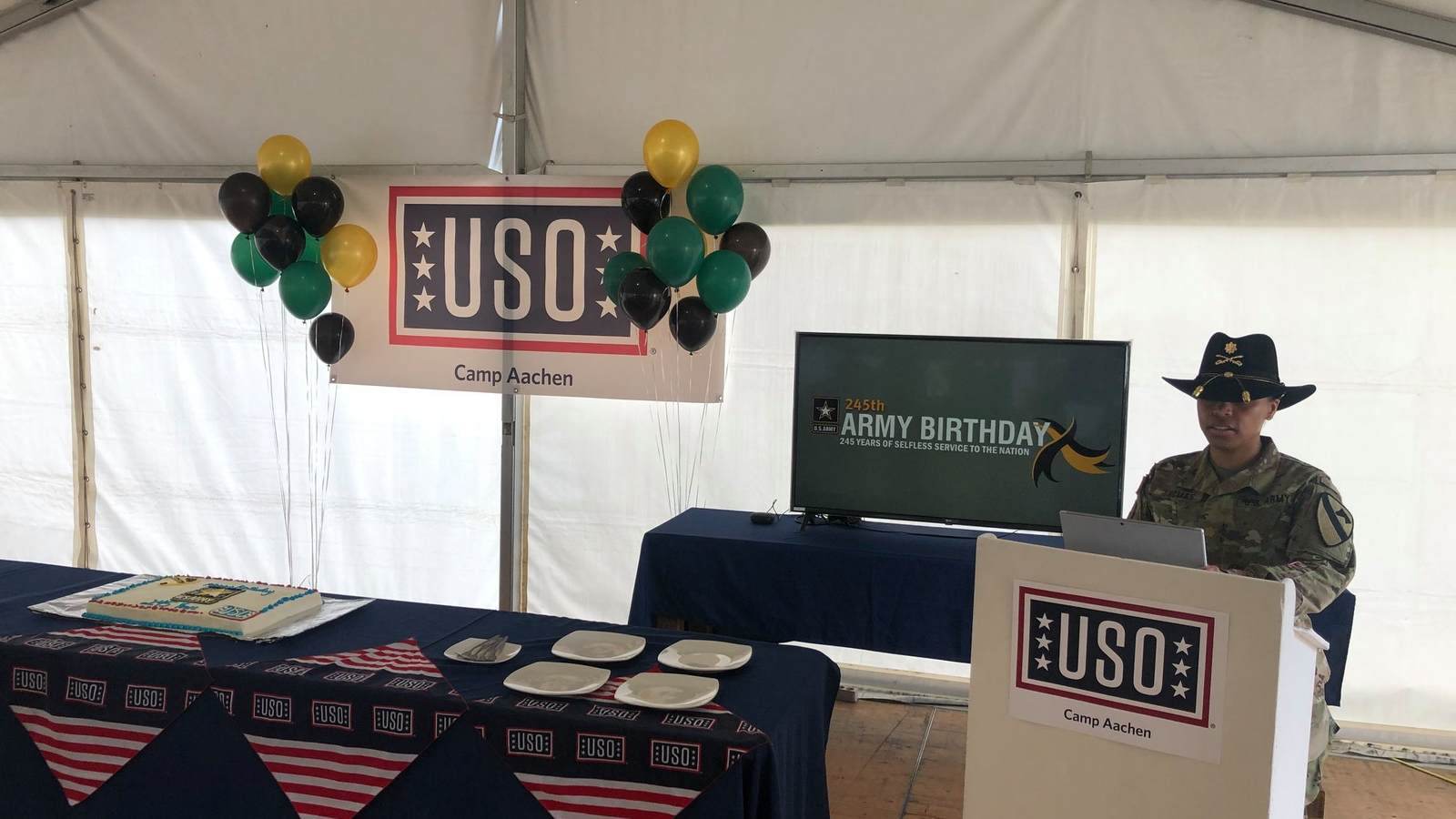 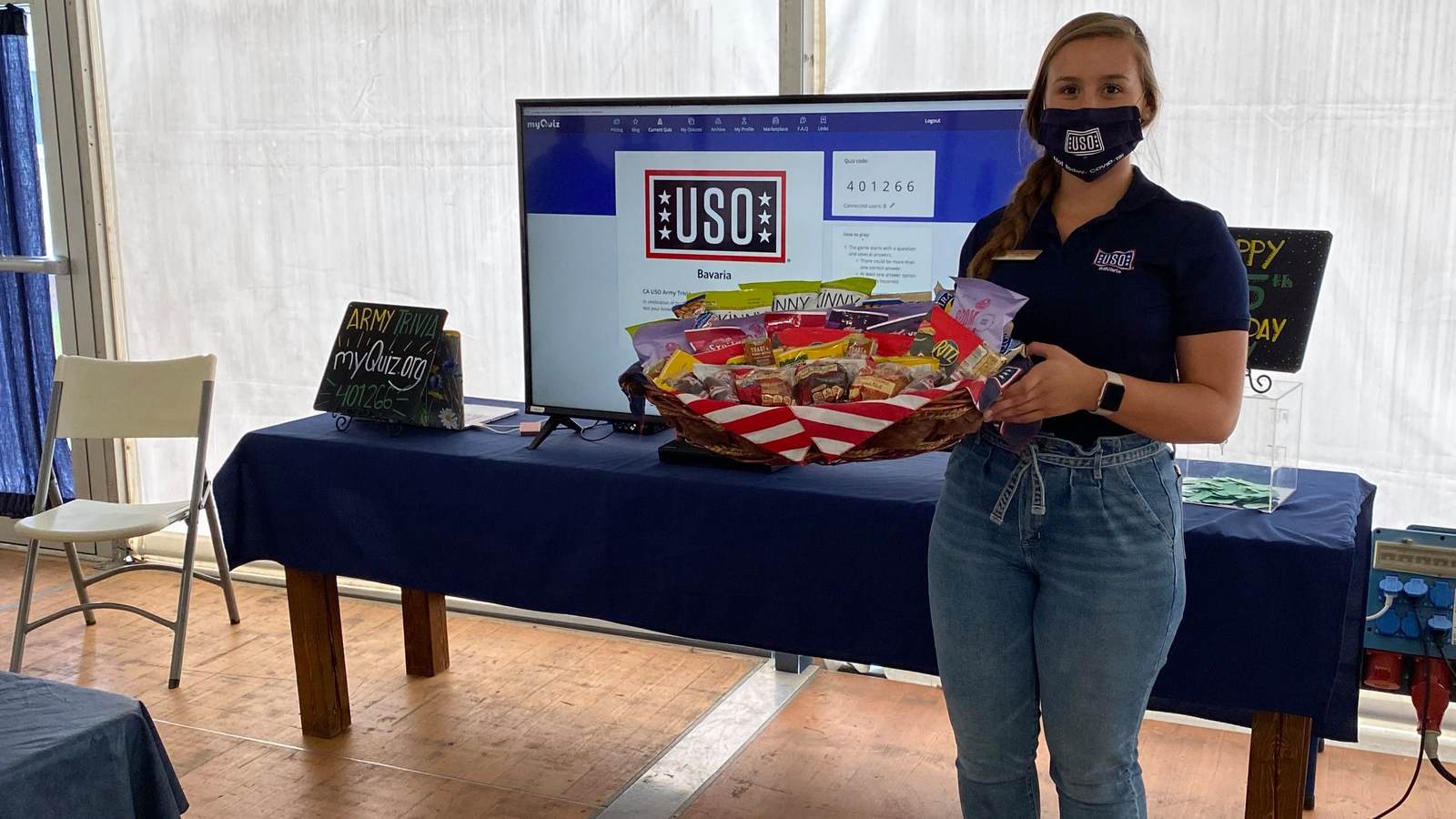 The Camp Aachen USO and our RAF unit, 1st Cavalry Division, joined forces to celebrate the United States Army’s birthday. For 245 years, our Army has stood tall during our Nation’s toughest times. For our “Army Birthday” event, we honored that service with a traditional cake cutting event, with 40 military guests, bringing the youngest and oldest soldiers of the Division forward for the ceremonial slicing of the cake. As the CAnnex opened, we hosted a 20 question Army Trivia game, awarding the winner a Bluetooth speaker. We also held a drawing for a special, Department of the Army stein.